Survival of Life: Einstein and Hawking

Survival of Life: Einstein and Hawking 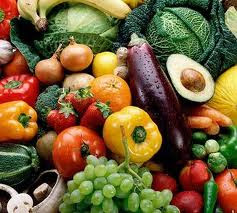 My family and I were at a vegetarian restaurant a month ago and I came across a quote that got my attention very much. It was actually printed on the restaurant menu, most likely to convince people to try out vegetarinism. Is it powerful and convincing enough? And how it got my attention that much? Simply because it's quoted from Albert Einsterin and it goes:

"Nothing will benefit human health and increase chances for survival of life on Earth as much as the evolution to a vegetarian diet." - Albert Einstein 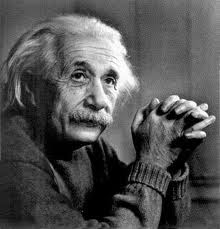 And I went online to check if it's truly from Albert Einstein and, it seems it is; Many websites acknowledge that but none so far gives the detail source of the quote. A few more checkings show that many websites and organisations have used the quote for encouraging vegetarian diet or simply kept it as their quote database. I was thinking how I could make the quote more marketable and meaningful.

So I decided to highlight the two aspects in the quote:

1. Human health: Basically the statement means if we take vegetarian diet, our health will be kept very optimal. Vegetarianism is the number one contributing factor to good health and guess what, nothing else beats that, i.e., if you believe in Mr. Einstein's wisdom.

2. Chances for survival of life on earth: Are human beings and other life forms going to survive on earth? Are we using science and technology for creation or destruction? Are we living in harmony with all creatures? Is our enviroment getting better or getting worse? Has the earth got enough resources for everybody to live materialistically happy? Why do we seem to pollute our mother earth all the time?... How will vegetarian diet do good for survival of life? Again, if you have faith in Mr. Einstein, vegetarianism is also the number one helping factor to survival of life on Earth.

To put it in short, if you are a person who care about your health and our mother Earth, come and become a vegetarian.

And interestingly enough, Stephen Hawking wrote about survival of human beings on Earth roughly 2 weeks ago:

“We are entering an increasingly dangerous period of our history. Our population and our use of the finite resources of planet Earth are growing exponentially, along with our technical ability to change the environment for good or ill. But our genetic code still carries the selfish and aggressive instincts that were of survival advantage in the past. It will be difficult enough to avoid disaster in the next hundred years, let alone the next thousand or million." And he continued: “Our only chance of long-term survival is not to remain lurking on planet Earth, but to spread out into space." 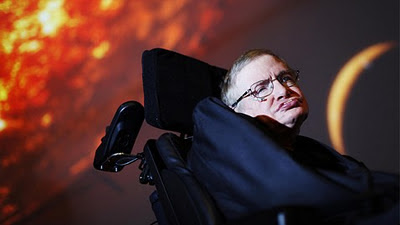 Mr. Hawking is talking about survival of human life from the physical perspective, I presume. Venturing out into outer space helps create more resources for human consumptions. When more resources are available people will be busy venturing out rather than fighting over limited resource back home on Earth. But it most likely doesn't help with the 'selfish and aggresive instincts' of human beings. As long as this 'selfish and aggressive instincts' are still with us, we'll always use force to solve conflicts and problems. And 'it will be difficult to avoid disaster' in the remote future too. 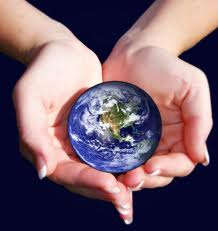 Mr. Einstein and Mr. Hawking have both provided their insights and solutions as to the survival of life on Earth. Mr. Einstein's approach seems covering all life forms and more of a change of personal actualization; whereas Mr. Hawking's idea is more outward and in line with scientific adventure.

If you ask me (well, nobody asks though, ha!), I'll say: "What about both? And many others too." Many times we human beings are looking for just one answer to a complex question and situation. There are many methods and approaches to solve many things. I'm sure many people are quietly and brilliantly doing their parts for the people and mother Earth they love.

We should all become vegetarians to preserve more natural resources and protect all life forms.

And at the same time some of those more adventurous people will go to the outer space for resources on other planets. There is no contradiction whatsoever.

+) Albert Einstein (1879-1955), widely regarded as the greatest scientist of the 20th century and a lifelong promoter of peace, who said, “Nothing will benefit human health and increase chances for survival of life on Earth as much as the evolution to a vegetarian diet.” On a similar note he stated, “Our task must be to [widen] our circle of compassion to embrace all living creatures and the whole of nature in its beauty.” And on the day he became a vegetarian, Einstein wrote in his diary, “So I am living without fats, without meat, without fish, but am feeling quite well this way. It always seems to me that man was not born to be a carnivore.” - Info from the Florida News Group, USA

+) “Two things are infinite: the universe and human stupidity; and I'm not sure about the universe.” - Albert Einstein. I find this quote very amusing and can't help laughing after reading it for the first time and everytime! I'm laughing because it's very sure that human beings are stupid and those that are smart enough will know that humans are stupid; these smart people are humans too and therefore stupid too. And those that are stupid will believe they are very smart indeed. Human beings' stupidity is infinite! Ha ha!
Posted by John J. C. Lew at 12:32 pm 9 comments: