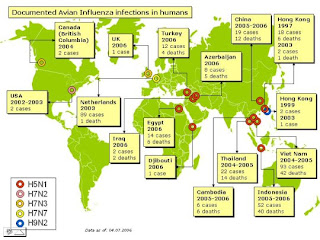 Unknown pathogen: In 2003 Avian bird flu global spread, antibiotics were not effective at that time. The so-called “supportive treatment” of traditional Chinese medicine played an important role in enhancing body immune system, ability to fight virus, stabilizing situations and in preventing cases from deteriorating. The incredibly small percentage of 7% death rate in China showed to the world how Chinese medicine can be so useful in viral infections. 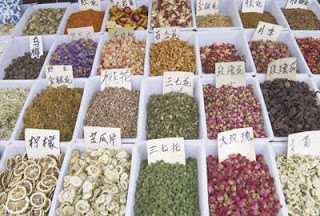 SARS: The major symptoms of SARS are fever, cough and muscle pains. By taking pulse and reading the tongue TCM doctors are able to write down the prescriptions and stop the virus from spreading. This unique characteristic of Chinese medicine is most suitable for eruption of acute diseases. Western medicine has to locate the pathogen first before prescribing medicine; without known pathogens, no drugs can be used. This happened when SARS first broke out where western medicine doctors didn’t know the cause and therefore was clueless to help.

During the treatment of SARS with western medicine, there were side effects of osteonecrosis, osteoarthropathy，steroid-related diseases, DM and etc. With application of Chinese medicine in SARS, it’s recognized by WHO (Who Health Organization) as a safe way.

China has a long history of conquering acute viral epidemics, contagious epidemics for 5 thousand years. SARS definitely was not the first.
Posted by John J. C. Lew at 2:55 pm No comments: 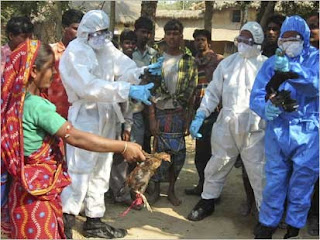 Wave of Avian bird flu: Another wave of bird flu seems to be coming soon. And this time it’s affecting Bangladesh, India and Nepal, the area where the three countries border each other.

India’s Situation: A few districts of eastern state of West Bengal, India, have been hit by the virus. More than 100,000 bird deaths have been reported and the authority is sorting to killing million chickens and ducks as a means to stop the widespread of the deadly virus. Dead birds are being illegally sold and it’s believed that locals, especially the poor, are “feasting” on cheap chicken available on the open market. Five people in West Bengal have been quarantined with clinical symptoms of avian flu – including fever, coughing, sore throat and muscle ache – after handling affected poultry. 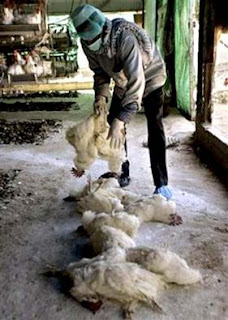 Nepal’s reaction: Nepal, which has banned poultry imports from India since 2006, said its border posts were on high alert.

How the virus spreads? People typically catch the disease by coming into direct contact with infected poultry, but experts fear a flu pandemic if the H5N1 virus mutates into a form easily transmissible between humans. Migratory birds have been largely blamed for the global spread of the disease, which has killed more than 200 people worldwide since 2003. 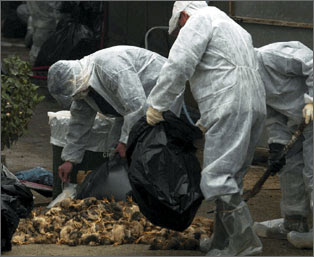 My view: thinking about it, one way to reduce the magnitude of the disaster is to reduce the consumption of chickens and ducks raised for human consumption. The idea is simple: The less people eating chickens and ducks, the less demand for them, and thus less economical initiative to raise them, and thus less number of poultry in total. And if outbreak does occur, less poultry as well as human beings will be infected and therefore the situation won’t be so devastated.

To see far and away, to see clearer

The other night when I got home it was 11pm. Don't usually got home that late. Spent some time to put things away and I had the luxury of a few minutes to look out from the balcony of 14th floor above the ground of this apartment building. It was magnificent. I could see Sri Hartamas, big parts of Segambut Dalam, Duta area and even certain parts of Jalan Ipoh of Kuala Lumpur. The sky was clear and there was no haze. 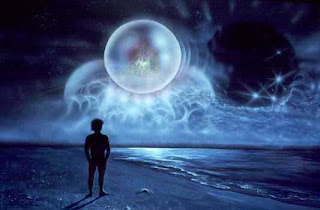 There is only one slight problem: The sight was a little blurry. My eye sight.

I've always known my right eye sight is a short-sighted with roughly 180 vision. My left eye is near perfect. It seems like a few weeks' load of work without proper relaxation has added burden to my right eye sight, making the lazy eye lazier.

I intentionally blocked my left eye for a minute or so so that I was counting only on the right one to relax and see things far. And it worked! The further and more time you spend on things far away, the clearer you see the whole picture. That's the thought I had then.

Therefore we should from time to time take some time off to see things far and away. Probably 10 minutes into it you'll find yourself seeing so much more and in depth.

This is true with physical objects; and it's equally true for mind vision.

So, to see far and away, to see clearer.

PS: The picture is "borrowed" from www.spaceandmotion.com, which is a great site to ponder upon.
Posted by John J. C. Lew at 1:51 pm No comments:

I read with caution what Food and Drug Administration (FDA) of USA has issued in a public health advisory. It says parents should not give sniffling babies and toddlers over-the-counter (OTC) cough and cold medicines. The medicines can be too risky for babies and toddlers.

The warning specifically warn parents of children under age two "because serious and potentially life-threatening side effects can occur." What's of alarming is that in October 2007, the FDA's own scientific advisers voted that cold medicines targeted specifically to babies and toddlers don't even work in small babies and shouldn't be used in preschoolers, either.

We must be cautious about this serious issue. Some health groups have identified bigger risk: unintentional overdose. For example, the same decongestants, cough suppressants and antihistamines are in multiple different products, therefore using more than one product to address different symptoms can quickly add up to overdose. And in the case of having multiple caregivers with different administration of doses, overdose is a big risk.

PS: This writing comprises mainly the article from AP.
Posted by John J. C. Lew at 8:28 pm No comments:

I was reading "Many Lives, Many Masters" by Brian L. Weiss one day and came upon the linkage of reincarnation with old testaments. I've known so before but Dr. Weiss put them so clearly and in a way that's really easy to comprehend:

"There were indeed references to reincarnation in the Old and New Testaments. In AD 325 the Roman emperor Constantine the Great, along with his mother, Helena, had deleted references to reincarnation contained in the NT. The 2nd Council of Constantinople, meeting in AD 553, confirmed this action and declared the concept of reincarnation a heresy. Apparently, they thought the concept would weaken the growing power of the Church by giving humans too much time to seek their salvation. Yet the original references had been there; the early Church fathers had accepted the concept of reincarnation. The early Gnostics - Clement of Alexandria, Origen, Saint Jerome, and many others - believed that they had lived before and would again." - Many Lives, Many Masters. 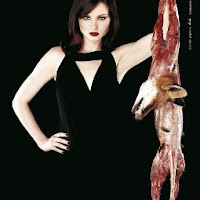 First thing in the morning I got a newsletter from Biossentials: September 2007 to December 2007. Browsed through it and something caught my eyes: Fur is Eco-Unfriendly! Well, most people are aware of it. But how unfriendly?

The small writing goes on with a few facts on the environmental impact of fur production:

1) Furs are loaded with hazardous chemicals to keep them from decomposing in the buyers' closet. The buyers unknowingly let these chemicals and known allergens crawl their ways into their bed rooms and living rooms and thus family.

2) Fur production pollutes the environment and gobbles up precious resources. Waste produced from processing pelts drains down to the lakes and seas; The carcasses, dead bodies from animals skinned end up dumped in landfills, potential incubator for contagious air-borne diseases.

3) Suffering of and slaughtering and killing millions of animals for the real fur. Fur farms - where animals spend their entire lives in cramped, filthy cages, and later on killed by being injected with poisons... These animals died with hatred and sense of revenge; those buyers who wear their skins will be affected negatively.

PS: The writing above consists of portions of the said article and my own interpretation of the issue.
Posted by John J. C. Lew at 10:42 am No comments:

Mentioning of a few (and more to come) notebooks/laptops/desktops with FreeDOS or Linux OS serves to provide people with a choice. Sometimes what matters is that's a choice for everything. If we look around there aren't many choice given or offered when we choose to purchase a new computer system. And the lack of choice is certainly not healthy.

One way to look at it is to look at selection of human genes. A man and a woman give rise to a newborn baby that shares the parents' traits. It's by natural selection some traits are preserved and some are stored in the pool of genes. When we say 'selection' it means a mechanism of choosing something over another for the survival in this mortal physical world. Certain traits or characteristics are 'chosen' to give birth to a new generation of human beings. Only then the eco system of human gene pool can be as diverse. And as complex and complete.

Choice. This is one of the reasons some FreeDOS and Linux notebooks/laptops/desktops are highlighted here.
Posted by John J. C. Lew at 6:16 pm No comments: